The Name of this Blog Is

When planning an eye-catching — and by “eye-catching,” we mean “face-melting” — video display system, the question of an LED video wall vs. a projection system will most likely be the first decision you need to ponder. Both systems have benefits and drawbacks, but for performance, convenience, and long-term value, an LED video wall is tough to beat.

First, a quick primer for those who aren’t familiar with the difference between the two systems...

A projection system uses a single light source to project an image onto a reflective surface, such as a screen, like you might find at a movie theater. So the image can be made quite large, but the bigger you make it, the fuzzier and darker it gets, particularly near the edges because the light from the single projection bulb decreases towards the edges of the image.

A video wall is akin to, but technically not, a gigantic flat-panel television that comes apart into easily transportable pieces. Like what you probably have at home, but completely different and much cooler. Because the image you see on a video wall is made up of thousands of tiny light sources spread out evenly over the entire image area, each putting out precisely the exact amount of light in the exact color combination needed to create the picture, the brightness and clarity is even across the entire image.

Modern LED large-scale video displays, such as Blizzard Lighting’s IRiS™ line, are made up of smaller panels that are light and mobile, and assemble easily and quickly to create an almost limitless variety of display sizes and configurations. They have much better contrast ratios, color gamut and brightness than projection systems, and are becoming more common – and therefore less expensive. 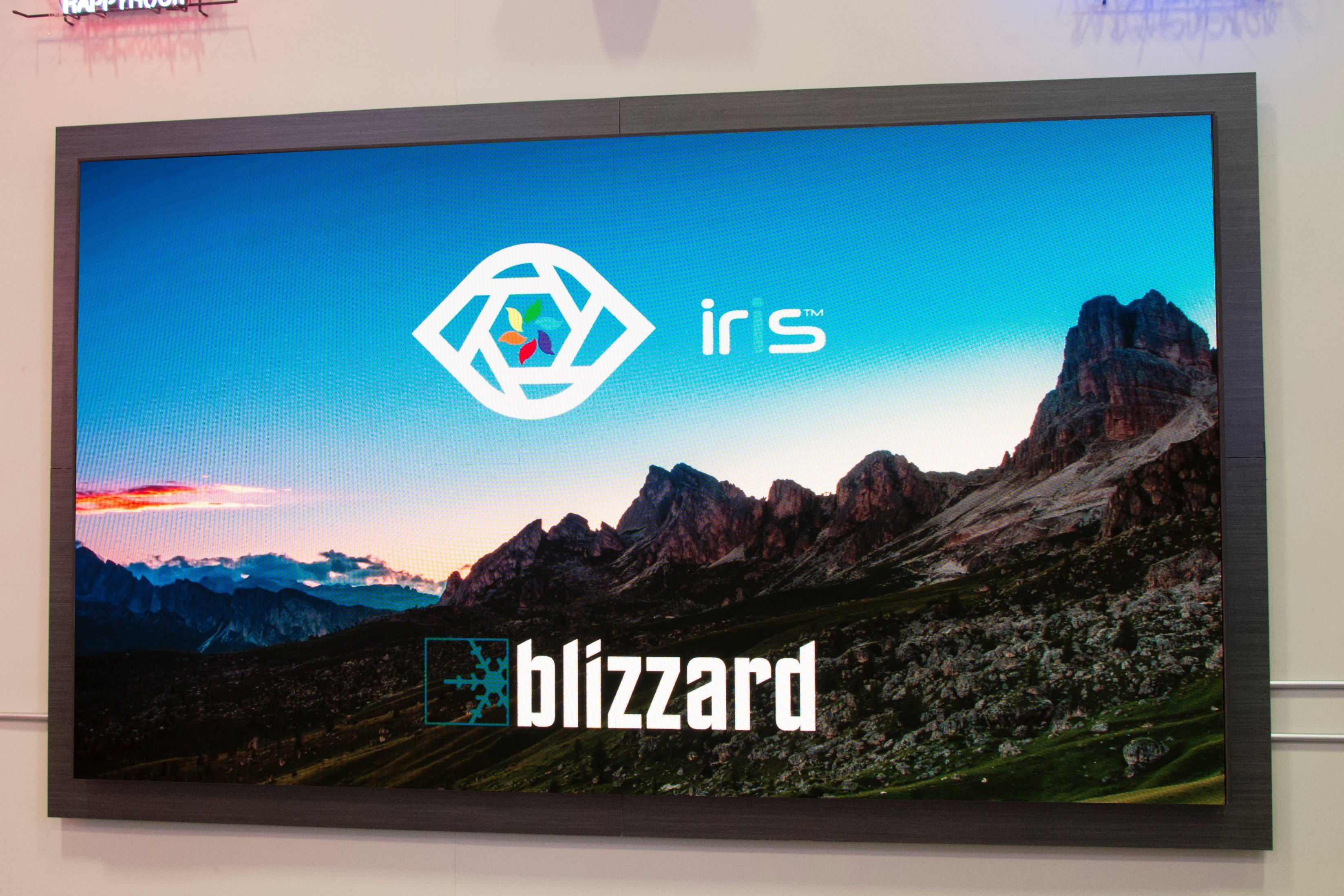 Let’s take a look at some of the advantages of today’s LED video panel systems.

The LED video system transmits the image directly to the viewer’s eyes, so no outside factors will interfere with the quality of the image seen by the viewer. Well… it’s theoretically possible that an object could come between the display and the viewer, physically blocking the image, such as that tall guy in the top hat standing directly in front of you, or you know, a snowstorm.

Please note: only weatherproof, or “IP-rated” video walls are weatherproof. Regular ones are not. And for those of you who haven’t discovered Google, “IP” stands for “ingress protection” and provides a rating of a products ability to withstand ingress by particulates (the first number) and water (the second number), the higher the better.

And assembly is easy.

Please take a look around our website for more in-depth (and serious-minded) discussion designed to help you make the wisest choice for your large-scale video needs and budget. And please don’t hesitate to contact us with questions or help finding an expert on video walls in your area!